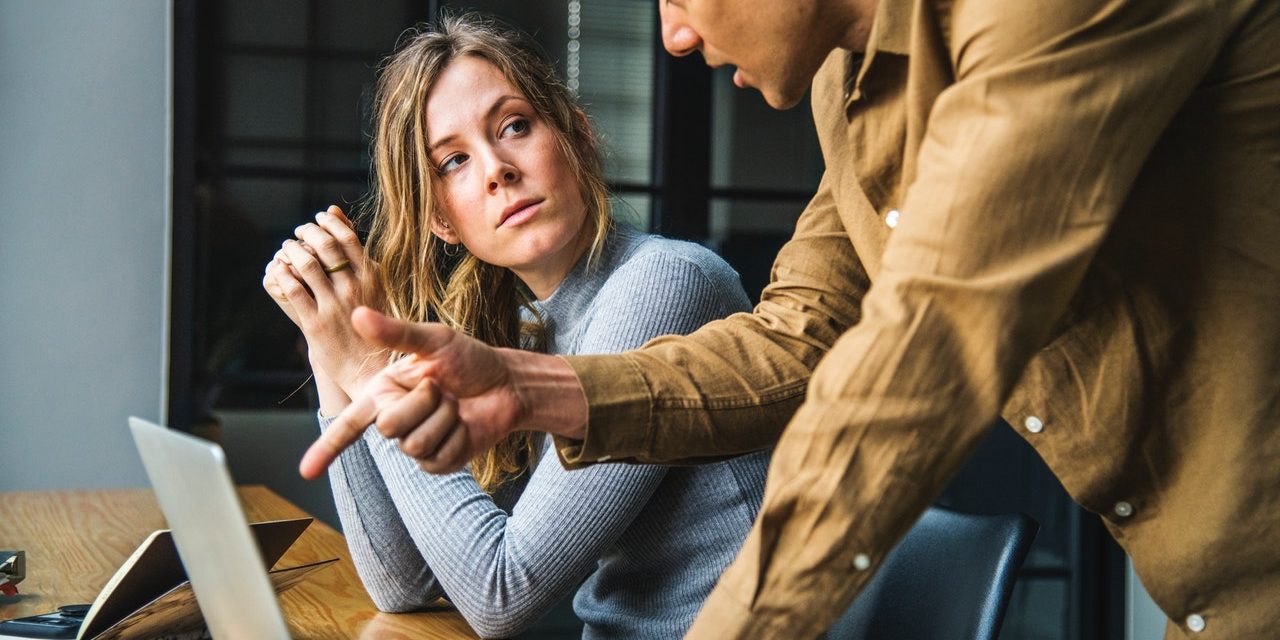 Can I be brutally honest with you? It’s a query that we are likely all familiar with. It has been rolled out in casual conversation with nary a blink to its actual meaning or import, for decades. “Hey Sally, let’s have salmon for dinner tonight, ok?” And Sally answers, “Can I be brutally honest with you, I hate fish!” No harm, no foul here. We can safely assume that no brutality actually took place. As used here, brutally honest is offered more like color commentary; it has no pervasive intent. Apart from its tangential usage in casual conversation, however, this query can really derail even the best of intentions in communicating. Why? Think about it. Someone wants to be brutal in his or her interaction with you. How can that ever be a good thing?

A quick Google search for the definition of “brutal,” defines it as savagely violent, punishingly hard or uncomfortable, direct and lacking any attempt to disguise unpleasantness.

If you are “brutally” honest with someone, are you saying more about yourself than you’d like?

A simple breakdown of this question puts the word “brutally” in front of you like the high beams of a fast-approaching car. It’s unnerving to say the least, off-putting, perhaps, at best. While it’s truly not necessary to add a qualifier to one’s interest in being honest with another person, as honest kind of says it all, it leaves me a bit baffled that we’d ever accept a qualifier like “brutally.”

As a management consultant with nearly three decades of experience in dealing with a variety of leadership and employment issues, I’ve always valued honesty. Honesty, truthfulness, grace, honor, etc. are all tenets of how I conduct my business, and my personal life for that matter. But, what is brutal honesty? The terms “brutal” and “honesty” are so disparate. It is not logical for them to even coexist.

A simple reframing of this misused query can make ALL the difference in achieving real leadership strength.

Up until now, I’ve never really given much thought to the question of “can I be brutally honest with you?” as I’ve never been posed this query in the nearly five-plus decades I’ve been on this planet. That may sound surprising, but it’s true. True, until most recently, when I found myself in exactly this position—twice in the last 90 days to be exact. And I wasn’t being asked about salmon for dinner!

Let me give you a little detail on the two experiences I encountered, as an example of the power of reframing this misnomer of a query. Both of the instances occurred in professional settings, one posed at a business conference among a small group of industry peers and the other in a one-on-one meeting. Both of the queries related to aspects of my work and, in both instances, I initiated or placed myself in a position seeking feedback. This latter point is an important one, which I touch on later (hint: permission is required).

By virtue of the fact that the first occasion was, well, my first occasion, it did take me by surprise. I was attending a well-renowned writers’ conference and elected to take part in a breakout session that offered an opportunity to pitch a book concept to a published author. Basically it was your standard roundtable setup of approximately eight to ten industry professionals, all with specific book proposals under varying degrees of completion. As the dialog moved around the circle, I took note of the very direct, seemingly no-holds-barred tone the author had assumed in providing her feedback. The change in her candor was so apparent that I could feel myself becoming more and more uncomfortable at being privy to her exchanges with my peers. As my turn was quickly approaching, I could feel my nerves getting rattled. And then it was my turn. I went through the drill… book summation, target audience, etc. The author looked at me for a few moments and then the first words out of her mouth were “Can I be brutally honest with you?” As soon as the question was posed, I felt on the defensive. While I had taken prior note of her feedback with the group, this was the first posing of this particular question. My mind immediately fixated on the word “brutal” and I thought, why do you need to be brutal? Was there something about me, or something I said, that could possibly warrant brutal treatment?

So much of what I do in my business revolves around training others to improve and expand on their communication skills to become effective leaders. And honesty is profoundly important in this work—providing open, direct, honest feedback. I promote this method of communication and I welcome it, personally.

Honest feedback can be tremendously helpful. Add a negative qualifier and it’s a whole different ballgame.

In this first experience I immediately braced myself, but I wanted to hear the “truth” of this individual’s brutal honesty, so I said, “yes” to her question. I could feel my body tense, awaiting the brutal blow. I could feel a knot forming in my stomach. And after disclosing the “honesty” offered, I could feel my emotions welling within me but I worked to hold those in. We were in a professional setting and, perhaps, that helped me right my bearings.

The problem with this particular individual’s approach was that her insights were void of an effort to truly engage, connect, and make a valued impact. When someone offers feedback, especially professional feedback, the assumption is that there will be value. Generally defined, “feedback” is information offered as a basis for improvement. The problem is that when your approach induces a defensive stance on the part of the recipient, then the message is lost. In my experience, it was difficult to register the insights this author made because I immediately closed off to her input. After later dissecting her tone from topic, I was able to decipher a few kernels of advice that I felt were helpful. It’s not that what she offered had no value, it’s that the approach she took de-valued what she offered.

Honesty, offered in an unkind manner, closes our receptors, heightens our defenses, and prohibits true communication and insight. Astonishingly, this happened again just a month later with another business associate. “Can I be brutally honest with you?” he asked. I steeled myself momentarily and then answered “no.” I told him I would definitely value his “honest” insight, but I would prefer it be offered in a kind manner. He chuckled at this retort, paused for a few moments, and then provided exceptionally direct, honest, and unbridled feedback in a kind and thoughtful manner. I felt all initial tensions dissipate and a calm come over me. I happened to agree with his feedback. It rang true to me and I immediately thought, this can really make me better. I clearly understood that the feedback I received, if implemented, would result in a positive outcome. I appreciated the manner it was delivered for it allowed me to truly take it in and logically assess it—keeping my intellectual and subliminal responders aligned, as opposed to allowing a defensive posture to take hold of my emotions. I subsequently took his advice to heart and implemented the actions he suggested. Honest feedback can be exceptionally helpful.

When honest feedback is delivered in a kind and respectful manner—think constructive, not destructive— people will likely be more open to it, to listen and consider it in a positive manner, and to welcome it. It’s just a simple reframing in approach.

You will get better results. Honest feedback is truthful, sincere, well-intentioned, and frank. It’s honest. There’s no need to be uncivil, harmful, unkind, or demeaning in order to be frank. And, that’s the key.

For the feedback you offer to have value, it must be received.

It’s that simple. If there’s a jam in the transmission, your efforts are all for naught. Don’t muddy the message with a qualifier, like “brutal,” when you want your message heard. In many cases you need to give the feedback you offer someone careful consideration, and make thoughtful changes as a result. It requires finesse. Knowing how to approach the delivery of honest feedback can make all the difference in whether it will add value. Ultimately, your honest feedback is largely your opinion. And opinions can differ. Your degree of experience and expertise can certainly place value to your opinion but it’s still just largely opinion. I’d venture to add that even sharing factual information, supported by data, is vulnerable to being colored by your own perspective.

Be wise in how you present your honesty:

Honesty has great value and, like any value, it can be squandered if not managed with care.

The value of being honest, and the value of the one offering it, can diminish quickly if abused. With honesty, there’s just no room or need for brutality. Just be direct. Can I be honest with you? Can I offer you some feedback? Would you be open to hearing my opinion?

Reframe your query and you’ll see immediate results in your strength as a leader.

Obviously, there are occasions where giving feedback is simply part of the equation and a query for permission to provide feedback is not really relevant. In these instances—for example a work review— just be honest and kind. Its works in practice and it works as a query. Honest and kind… words so much better aligned.